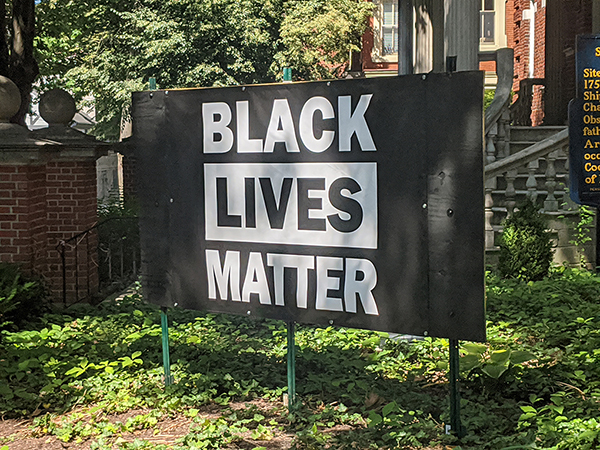 It’s been a year since we learned of and watched the murder of George Floyd in Minnesota. The act in that midwestern state moved the world and millions marched, cried, demanded and promised. We remember his family and particularly his young daughter. Her life will be marked not only by the painful loss of her father but by the overwhelming and worldwide response. This Tuesday May 25, we hope it is more than the anniversary of this death.

Last week, Pennsylvanians voted to add equal rights based on race and ethnicity to the state constitution and in the same week members of the House in Pennsylvania indicated they will be introducing legislation to prohibit the teaching, funding, or dissemination of racist and sexist concepts by the Commonwealth and its political subdivisions, including school districts. This is specifically aimed at curtailing the concepts more commonly known as “critical race theory (CRT).” The core ideas of CRT and the 1619 Project include the truth that the enslavement of millions of Black people was a crime; that our country was birthed without equal rights despite the inspiring language of the Declaration of Independence and that Black Americans and others have worked relentlessly to perfect our Union and continue to this day.

Is this progress? The work ahead is to make the necessary changes to ensure that every member of the community can live in peace and freedom. That every member can reach their fullest potential and will not be labeled, targeted, dismissed, insulted, terrorized or even killed. Our schools will need to change, not only their names but the funding and curriculum. Our law enforcement will need to change, to move away from a warrior mentality toward a public safety partnership with the community. Our businesses will have to change, to welcome everyone, provide opportunity and pay wages that allow a day of rest and family time. People of faith need to love all their neighbors on every day of the week, not just on days of worship. This is the shortest of lists. I have to change, and so do you. I have to believe that my experience is not the only one and others suffer daily as I move with ease. I have to have the courage to hear the truth from those who live it and not justify, minimize or disbelieve their stories. I have to use my privilege for good and be humble enough to serve others. Racism is hurting all of us.