At YWCA Lancaster, we know that the best way to eliminate racism and empower women is to support the next generation of leaders, thinkers, do-ers, and helpers.

That’s why it’s no surprise that one of our extraordinary teachers, Ms. LaTea has been honored with the Pennsylvania Statewide Afterschool Youth Development Network’s Afterschool Champions Award! 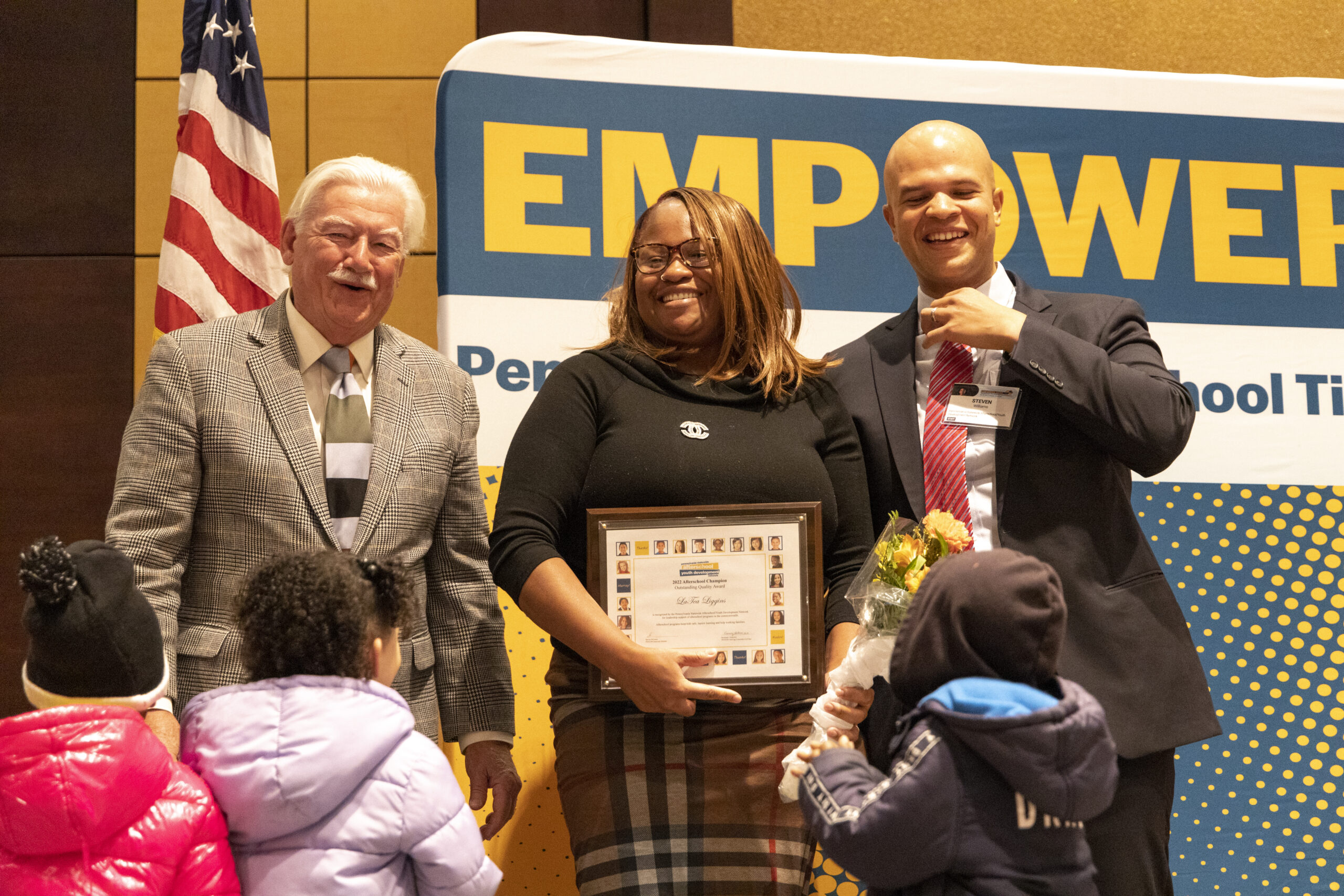 LaTea has worked for YWCA Lancaster for four years and is in charge of our before-and-afterschool program that serves about 30 students from the School District of Lancaster (SDoL). SDoL is a large, urban school district that receives Title I funding. The district is richly diverse and has more than 1,800 English language learners who speak 38 different languages. The district also has a large population of students with disabilities and participate in the Individualized Education Program (IEPs).

Most of the students in our program come from families whose income falls below the poverty line; several have IEPs; some have a primary home language other than English. LaTea treats them all with enthusiasm and care. She meets students where they are. Knowing the challenges they face, she seeks to empower them and plans her lessons and activities through a trauma-informed lens.

At YWCA Lancaster, we love Ms. LaTea, and we are inspired by her passion and care for her students. We’re so proud to honor her, lucky to have her, and thankful to her and all the educators that make YWonderful Kids the award-winning program that it is!