The history of the YWCA is rich and has been driven by grassroots pioneering of hundreds of women who raised awareness in the areas of sexual health, women’s empowerment, economic and housing equity, and anti-oppression efforts.

The YWCA held the International Conference of Women Physicians, the first gathering of medical women. This 6-week long gathering focused on women’s health issues and included attendees from 32 countries.

The 25th National Convention, held in Houston, adopted the One Imperative: “To thrust our collective power towards the elimination of racism, wherever it exists and by any means necessary.”
• The resolution passed and renewed effort went into racial justice work. The National Board’s Office of Racial Justice convened four conferences for women of color seeking input; affirmative action workshops were held to teach YWCAs how to implement strategies; nationwide Web of Racism conferences helped members recognize the layering of racism in jobs, housing, schools, institutions and daily lives.
• The National Convention also voted to emphasize the importance of repealing laws restricting or prohibiting abortions performed by a duly licensed physician.

There is more than enough social justice work left to do, and while we are passionate about eliminating racism, you will see that we are also highlighting the social justice work of others. There’s a saying ‘a rising tide raises all ships’; the more, the merrier.

This past year has been a year of rebuilding for social justice at the YWCA Lancaster. We are proud to now offer consultation and facilitation for various organizations on the topics of diversity and inclusion, cultural competency, organizational change and management, and many more. Our core program, Racial Justice Institute, will continue and we’re excited that 2019/2020 will finally bring it in house! After 20+ years of collaboration with cultural bridges to justice, we are ready to take the institute to the next level, and we’re delighted to!

We bring a deep commitment to diversity, equity, and inclusion efforts, especially in facilitation and training. But our social justice work is not limited to our core program. Let us develop a program for you that specializes in:

These customizable workshops centered around Justice, Peace and Anti-Racism are available for schools, businesses, houses of worship, and community organizations.

This is a 2.5-day intensive workshop that arms participants with a foundational analysis of the systemic and institutional power of racism. Participants come away with a common language and understanding for communicating with others about racism and its manifestations. Participants will also develop working tools to identify and begin to dismantle racism within their respective institutions and organizations.

YWCA Lancaster’s Race Against Racism is the longest consecutive-running Race Against Racism in the United States. This annual run/walk is a staple of our community and a family-friendly way to take a stand against racism. We’re at a crucial point as a nation, and we believe that fighting racism starts with recognizing our country’s long history with it, and its impact on our systems, structures and institutions. If we want a just, peaceful society, it is our mutual responsibility to address racism. The Race Against Racism funds YWCA Lancaster’s Social Justice and Advocacy programs, and supports those who seek peace, justice, freedom and dignity for all. 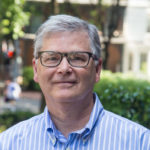