New Choices Career Development Program is a life-changing opportunity for Lancaster, York and Chester County’s individuals in transition to achieve economic self-sufficiency through personal development, career guidance, and job training. New Choices is funded through the Pennsylvania Women Work office of the Pennsylvania Department of Labor and Industry. 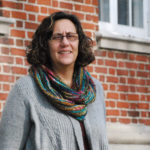 Learn about opportunities for short-term certificate and degree programs. Discover their life’s calling through skill and interest assessments.

Has no financial requirement, just a willingness to work on yourself. The program is open to all individuals in transition over the age of 18.

To empower individuals in transition to participate fully in planning and achieving their career, educational, and personal goals. This program provides an environment that preserves dignity and supports personal choice.

The New Choices Career Development Program benefits individuals from all socioeconomic, ethnic, and racial backgrounds from across Lancaster County. All individuals in transition over the age of 18 who have earned at least a GED or high school diploma are eligible.

Through a 10-day, 60-hour career guidance class, the New Choices Career Development Program benefits individuals in transition by giving them the skills and resources to succeed. Students are trained in job seeking, interviewing, and résumé writing. They learn the value of self-esteem, effective communication styles, and stress management. Students are introduced to resources in the community that help with housing, legal, and medical issues. After completing the course, students are eligible for scholarship funds to pursue short-term education. Students also receive continued guidance from the dedicated New Choices staff long after graduation. All of these elements help us to propel individuals in transition toward a prosperous future.

New Choices Career Development Program can award scholarships to our graduates wishing to continue their education. Each student is handled individually, and the scholarship amounts are dependent upon our government funding and student’s education program of choice.

How can I get scholarship money?
After graduating successfully from New Choices, students meet with New Choices Executive Director, Deb St. Onge to discuss education plans and scholarship possibilities.

Must I complete the New Choices program to be eligible for the scholarship?
Absolutely! Scholarship money is only offered to New Choices graduates.

Can I use the scholarship money at any school?
Scholarship eligibility depends on your school and program choice. Call New Choices at 717-869-6363 for more information.

Are there other scholarship/financial resources available?
Yes! Lancaster is a county ready to help! To see other resources and scholarships in our community, click the resource link below.

Listrak In A Pinch Fund 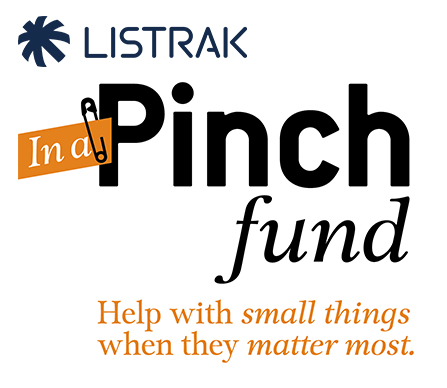 The Listrak In a Pinch Fund has been established to help women accessing the services of the YWCA Lancaster with grants to cover immediate needs such as clothing for a job interview, eyeglasses, a haircut or a new pair of shoes. It provides a unique way for individuals who are trying to turn their lives around and their caseworkers with quick access to essential items.

As the brainchild of the late Carolyne Smith, the original In a Pinch Fund was founded at the YWCA Greater Harrisburg in 2004, and has helped numerous women overcome obstacles on their path to success. According to Carolyne, “When you are trying to turn your life around, sometimes it’s the tiny obstacles that prove the hardest to overcome.”

A few of their success stories:

She had been incarcerated for most of her adult life, but is now working part-time and wants to become a counselor to help others in similar circumstances. Her barrier is getting to and from work. Through the In A Pinch Fund, she received two monthly bus passes to cover her transportation so she can put her income to paying off old fines that are holding her back.

She trained in her native Puerto Rico as an LPN, but had been lured into human trafficking and was sheltered at the YWCA. She still dreamed of a nursing career but had no funds to take the next steps. In A Pinch covered fees for her to register with the PA State Board of Nursing and take – and pass – the PA State LPN exam.

The In a Pinch Fund at the YWCA Lancaster has been made possible through a generous gift from Listrak, fulfilling a desire to give back to the communities where their employees live and work.

It is our desire that the fund will carry on its original vision, help women on their path to success, help combat racism, and write this region’s own success stories.

To make a contribution to the Listrak In a Pinch Fund, please click on the donate link below, and select the “Listrak in a Pinch Fund” in the giving category. Plus, you can send a donation to the YWCA Lancaster, 110 North Lime Street, Lancaster, PA 17602.

YWCA Lancaster New Choices Program is overseen by Pennsylvania Women Work’s New Choices career development sites are located across the Commonwealth. If you are looking for job training to further your career, we invite you to contact the program at the location most convenient for you.

Founded in 1985 through a collaborative effort by the YWCA Lancaster, the Junior League of Lancaster, and the Lancaster County Career and Technology Center, New Choices has been successfully aiding individuals in transition for over 30 years and has assisted thousands of women to find economic and emotional independence.